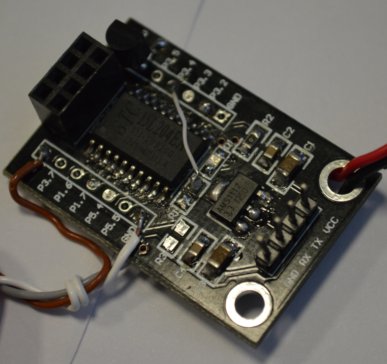 No big news regarding the STC15L204 code. I have just updated the schematic, I have simplified cabling the resistors, capacitors and the ds18b20 directly on the stc board and have made some ‘live’ tests with 2 sensors at home (one being outside, in the mailbox…).

Receiver is done via a Raspberry Pi, and data is sent to Thingspeak server.

To increase distance, nrf24l01 speed was lowered to 250kbps.

The updated stc15 code is here.

Code for the Raspi is just basically based on a nrf24l01 lib and libcurl – I am not publishing it here.

Part of the README file :